Eventhough I had a sick kid at home I managed to make another card but this one didn't turn out as I thought either and I had to change my first idea. I don't know how many cards I tossed in the bin lately. Stephanie Klauck made a card with embossing glitter and I don't have the sticky embossing powder she used so I used glue instead. As my youngest said when we watched Stephanie's video " you are not as good as her mum" and yes she is right I am not as good as Stephanie but I gave it a try or two:)

I used stamps from SSS and the text stamp is from K-design and I can tell you that that sparkly stuff on the balloons is dry glitter ( clear rock candy) from Tim Holtz and Ranger. 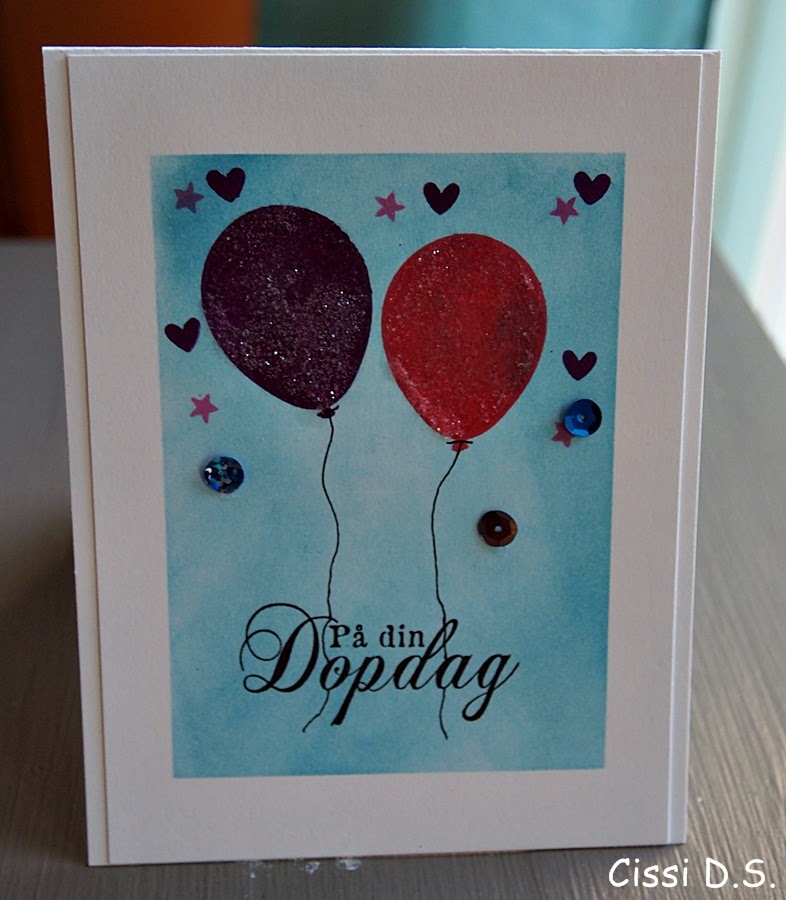 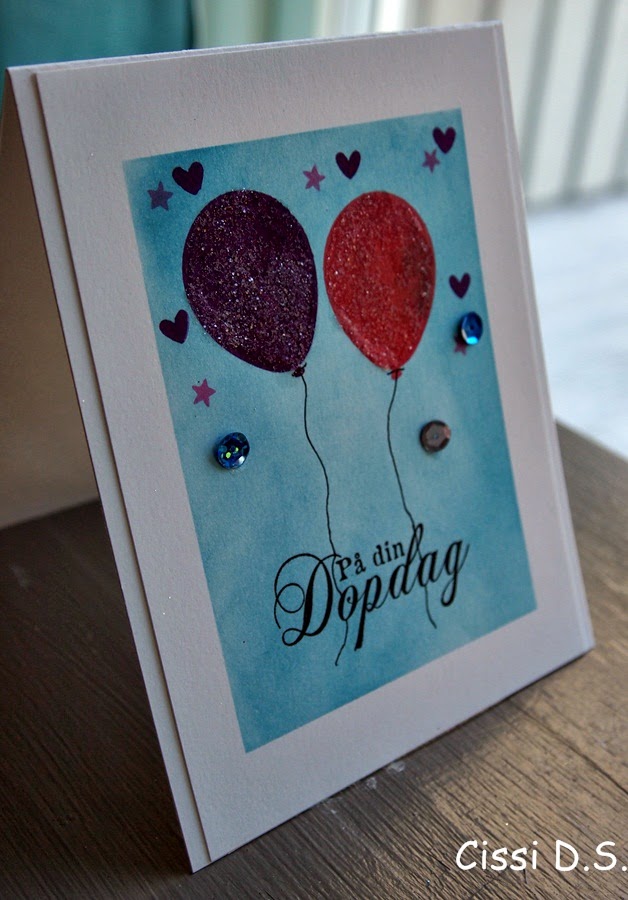